The park is more than seven million acres of wilderness that rolls out of the ice fields, mountains, alpine tundra, and boreal forest along the Continental Divide separating the Yukon and Northwest Territories.

For experienced paddlers, the South Nahanni is what Everest is to mountaineers; remote, breathtaking, and mystical. The river may not be the most difficult in the world, but neither is it for the faint of heart. It plunges through a series of four spectacular canyons, churning up rapids, boils, and whirlpools with sinister names such as Hell’s Gate, or misleading ones like Tricky Current and Lafferty’s Riffle, which can be equally challenging.

While river trips are recommended only for skilled paddlers or those travelling with licensed outfitters, visitors of all ages can fly into Virginia Falls, which is twice the height of Niagara.

Grizzly bears, black bears, moose, mountain caribou, trumpeter swans, and upland sandpipers are among the 42 species of mammals and 180 species of birds found in the park.

The South Nahanni is in a serious spring flood up until early June and sometimes later. The risk of severe weather toward the end of August makes it unwise to go any later, so the best time is between June and August. 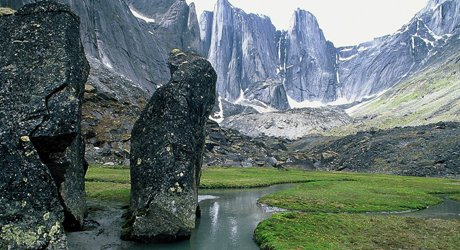 Selection of recommended holiday itineraries that can be either tailored to your interests and requirements or booked as they are.

We have itineraries offline

Please tell us more about the type of holiday you would like below and we will can send you relevant holiday ideas.


Get a Brochure & Holiday Plan