Enjoy overnight stays in three fabulous ports – Copenhagen, Tallinn and St Petersburg – along with a day in Helsinki and daytime… 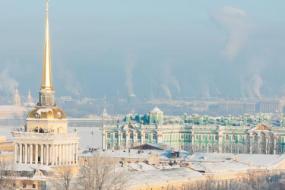 On this short tour, we explore Russia’s two most important cities in-depth. In Moscow, we take-in the Kremlin, the 16th century St…

Winter activities in a stunning wilderness location. Oulanka is always a popular family destination: with rave reviews about charming accommodation and wonderful…