You are here: Europe > Malta

Malta's only national park, Majjistral, was officially declared as such by the Maltese Government in 2007. The Park has taken the name of the northwest wind/region: majjistral in the Maltese language. The Park’s area includes a stretch of 6km of protected coast designated as part of a larger Special Area of Conservation of International Importance within the Natura 2000 network of sites. The Majjistral Park also contains a number of historical and archaeological sites. Whilst various areas of the park still sustain agricultural activities, other areas consist of natural habitats. The park organises regular outdoor activities which aim to encourage an active lifestyle while becoming aware of the natural heritage of the area. Educational school visits are held during the cooler months while summer sees more of a focus on the coast with guided snorkelling sessions offered at the beautiful sandy beach of Golden Bay. 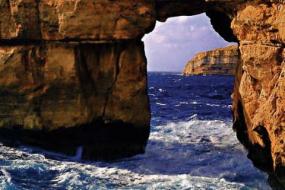